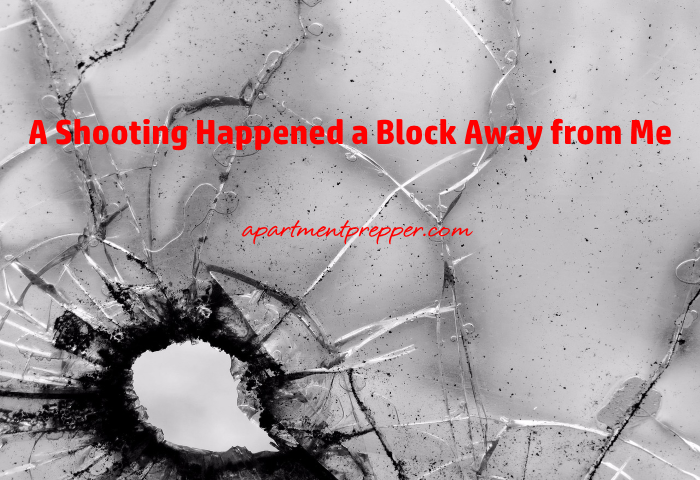 I was meeting some clients in the city when suddenly, we heard the unmistakable sound of gunshots.   They were very loud and in quick succession.  We stopped in mid-conversation and started listening.  The sounds stopped for a second, then another string of shots rang out.   When all was quiet, we looked outside but only saw that traffic on the street was at a standstill.   I was considering calling 911 when I heard multiple sirens.   Looking outside, we saw several emergency vehicles and multiple police cars with their flashing lights just a block away from where we were.   Something was definitely going on.

I wanted to know what happened but there is no way I would venture out of the building knowing that shots had just been fired.

So I started checking social media using my phone.

It took just a few minutes to find out via Twitter that there was a possible road rage incident at the busy intersection just a block away from where I was.

An ABC news reporter was nearby when bullets started flying.  A couple of drivers got into a minor traffic accident but it escalated into a fight.  The drivers involved got out of their cars, drew their guns and started shooting at each other.  One of the men got shot and was taken to the hospital and the other driver was arrested.  A woman driving an SUV had her back window shot out and she was grazed in the head by a bullet.  She was also taken to the hospital.  The poor lady was an innocent bystander.   See the details of the story here.  There were a lot of other drivers trapped in their cars while bullets were flying.  The two shooters did not have any regard for other peoples’ safety.  They were too consumed with rage.  It was fortunate more people did not get hurt.

Here’s what I learned today:

Be safe out there!