“Two is one and one is none” is a survival maxim that we picked up early on when we started finding out about preparedness.   The saying applies to keeping a backup for a tool or item at all times.   For example, what if you only have one can opener, and a disaster happens.  You need to open some canned food to feed your family, but your one and only can opener breaks.  How are you going to open the canned food now?   You can probably use your knife but it would have been much easier if you had that spare can opener.

Going a step further, if two is better than one, does that mean that three is better than two, four is better than three and so on?  If you go along that line of thinking then you will have redundancy ten times over.  But at what cost?   Space, money and time are all finite, and you can only allocate so much.  A person can go too far with this, buying multiples of one thing, yet leaving out something else that was just as important.  The end result:  clutter.

If you have space limitations, due to living in an apartment or a small house, you really don’t have a lot of room to be keeping multiples upon multiples of something, unless it’s consumable such as water, food and toilet paper for example.   For consumables, you will need set a doable limit that the family can attain, given your own situation.  For me, at the current location, I’d be comfortable with four months water, food, toilet paper, etc., and that is about all the room I have.

As for tools, I believe in having backups, but I against going overboard and keeping a lot of clutter.  On the other hand, I would not want to be out of something that I need, in case the item or tool breaks or gets lost.  I would take the saying as:  if you have only one of something, you may end up breaking or losing it, so to be on the safe side, keep a backup.

Here are some examples of items I keep backups for:

The list above is not all-inclusive, just citing some examples.  You may have other ideas on how much of something to keep, and you may have more space.  What about you, how much redundancy are you building into your stockpile? 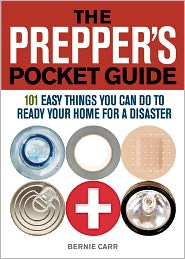